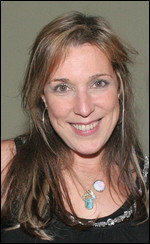 Beth Nielsen Chapman was born on September 14, 1958,[1] in Harlingen, Texas as the middle child of five to a Catholic family,[2] an American Air Force Major father and a nurse mother. While Chapman was growing up, her family moved several times and settled in Alabama in 1969.[3] While living in Germany at age 11, Chapman started playing guitar after her mother hid a Framus guitar as a Father's Day gift in her room.[3][4] She also learned to play the piano at the same time she started playing guitar.[5] As a child and teenager, she listened to a variety of music including Hoagy Carmichael, Tony Bennett, James Taylor and Carole King.[6]

In 1976, Chapman played with a rock and pop group called "Harmony" in Montgomery, Alabama, effectively replacing Tommy Shaw who had just left to join Styx.[4][7] She played acoustic guitar and piano as well as providing vocals for the group in a locally-popular bowling alley bar called Kegler's Kove and has returned to play in the area on an infrequent basis ever since.[8]

Chapman had several popular songs on the Adult Contemporary charts in the 1990s, such as "I Keep Coming Back to You", "Walk My Way", "The Moment You Were Mine" and "All I Have". In 1993, she sang a popular duet with Paul Carrack, "In the Time It Takes".

Co-songwriter of Faith Hill's hit song "This Kiss", Chapman has written songs performed by numerous artists: Trisha Yearwood ("Down On My Knees", "You Say You Will", "Trying to Love You"), Martina McBride ("Happy Girl"), Willie Nelson ("Nothing I Can Do About It Now", "Ain't Necessarily So", "If My World Didn't Have You"), Tanya Tucker ("Strong Enough to Bend"), Lorrie Morgan ("Five Minutes"), Mary Chapin Carpenter ("Almost Home"), Jim Brickman & Rebecca Lynn Howard ("Simple Things"), Alabama ("Here We Are"), Suzy Bogguss ("Save Yourself"), Claudia Church ("What's the Matter With You Baby"), Holly Dunn ("You Say You Will"), Crystal Gayle ("When Love is New"), Highway 101 ("All the Reasons Why", "Long Way Down"), Terri Clark ("Sometimes Goodbye"), Mindy McCready ("One in a Million"), Waylon Jennings ("Shine On Me", "Old Church Hymns and Nursery Rhymes"), and Bette Midler ("The Color of Roses"), among others.

Several artists have performed with Beth on her albums: Bonnie Raitt on "Heads Up for the Wrecking Ball" and "Shake My Soul"; Vince Gill on "Deeper Still"; John Prine on "Every December Sky"; Michael McDonald on "Right Back Into the Feeling" & "Will and Liz"; Emmylou Harris & Kimmie Rhodes on "There's a Light"; Paul Carrack on "In the Time it Takes"; and her son Ernest Chapman III on "Your Love Stays".

Chapman also charted one song on the Billboard Bubbling Under The Hot 100 Chart. "Sand and Water" reached Number 2 on the Bubbling Under chart, a position often listed as No. 102 on the Hot 100 in various Billboard singles books.

Chapman's husband, Ernest Chapman, died of cancer in 1994. In 2000 she experienced her own battle with breast cancer.[13] The song "Sand and Water" was written after Ernest's death; Elton John performed this song during his 1997 world tour. The song was featured on the episode "Sand and Water" in Season 7 of ER (2000), as well as in the Season 1 episode "Dead Man Dating" of the TV series Charmed in October 1998.

She has one son, Ernest (born 1981),[14] who is also a musician and has performed with her. As of 2008, she is engaged to be married and lives in Nashville, Tennessee.[15] This engagement was the inspiration for her album Back to Love.[16]

This article uses material from the article Beth Nielsen Chapman from the free encyclopedia Wikipedia and it is licensed under the GNU Free Documentation License.