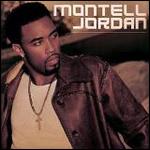 Jordan was born and raised in South Central Los Angeles. He attended Pepperdine University in Malibu, California, where he earned a bachelor's degree in communications and became a member of Kappa Alpha Psi fraternity in Spring of 1989. Jordan graduated in 1991.

Jordan's first single was the 1995 #1 hit "This Is How We Do It," which sampled Slick Rick's earlier Def Jam hit "Children's Story". Jordan followed up his success with "Somethin' 4 Da Honeyz", which peaked at #21. Later hits would include "Let's Ride" with Master P and Silkk the Shocker. He also did "Talk Show" with Shae Jones in 1998 and "Get It on Tonite" in 1999.

Besides crafting his own material, Jordan has written and produced for other artists, including Christina Milian, 98 Degrees, Shae Jones, Deborah Cox ("Nobody's Supposed to Be Here," 1998), Lil' Mo ("Ta Da," 2000) and Sisqó (the number-one hit "Incomplete," 2000). The singer had a comical, supporting role in the film The Fighting Temptations as "Mr. Johnson", an aggressive convict who is very sensitive about his high-pitched voice. He also had a cameo appearance in The Nutty Professor, and he performed on the documentary Standing in the Shadows of Motown. In 2003 Jordan left Def Soul and released the album Life After Def on Koch Records and also appeared on the album of popular Croatian singer Nina Badri in duet "Ne dam te nikom" ("I'm Not Giving You to Anyone").

Jordan has been married to Kristin Thompson since June 1994. They have four children.

This article uses material from the article Montell Jordan from the free encyclopedia Wikipedia and it is licensed under the GNU Free Documentation License.