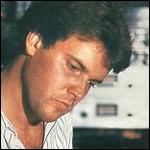 Robert E. Pettibone Jr. (born July 10, 1959; better known as Shep Pettibone) is a record producer, remixer, songwriter and club DJ, one of the most prolific of the 1980s. His earliest work known to the public was for one of New York City's top urban radio station, WRKS 98.7 Kiss-FM, and later as remixer/producer for the disco/dance label Salsoul Records. His prowess at production and mixing led him to work with such artists as Madonna and George Michael in the late 1980s during the height of these artists' popularity. Together with Arthur Baker, he helped to popularize many aspects of dance and hip-hop culture, such as scratching.[1]

He was one of the first to submit multiple remixes (with different approaches) to be released all on the same single. Today this is standard practice to market a song to a multitude of different radio formats and markets. Shep's remix skills became known to the public starting in 1982 when began to create "Mastermixes" of single hit songs for the New York City dance music radio station WRKS (98.7 Kiss FM). Shep's "Mastermixes" were remixes of hit post-disco and dance songs of the time, and continued into 1983, after which Shep became more closely involved with Salsoul Records and expanded into studio mixing and production. Shep's "Mastermixes" would often incorporate the "dub" version or instrumental version of the 12" single, using the vocal-only track or other unique portions of the various versions of the 12" singles. Shep made ample use of tape splicing and other methods of editing to create repetitive lines of music or vocals, often in quick, staccato rhythm, and he also made judicious use of tape delay and digital delay effects, usually opting for an eighth-note 'triplet' continuous echo effect either effected on a specific vocal or musical point, or set on a continuous mode with limited delay length to allow for an echoing effect as the music played. Some "Mastermixes" he did for 98.7 Kiss FM which featured these effects significantly include those for "Do It To The Music" by Raw Silk, and "So Fine" by Howard Johnson (both hits in 1982). Of such popularity were his "Mastermixes" that in late 1982 Prelude Records released a double-album LP set of "Mastermixes" by Shep Pettibone for a number of Prelude-released songs. The remixes Shep did for D-Train's "You're The One For Me" and "Keep On" are considered classic "Mastermixes" from this set.

Shep Pettibone added to his work at 98.7 Kiss FM from 1982 by working in the studio on a number of well-known 12" singles for Salsoul Records in 1983, including hits by Skyy, Inner Life, the Salsoul Orchestra and Loleatta Holloway, among others. His remix of First Choice's "Let No Man Put Asunder" is the version now found in the majority of urban DJ's record crates. Shep also had a go at remixing "Dr. Love" (which had anthemized many a disco night in the late 1970s as A Tom Moulton Mix). Moulton wished Shep luck, but later hinted that he did not care for the remix.

Shep Pettibone formed an early alliance with Pet Shop Boys, mixing #1 hit singles "West End Girls" and "Heart" and co-producing some B-side material with the group, like "Was That What It Was?" (1986), "You Know Where You Went Wrong" (1987). He also did a notable "turnaround mix" for Level 42 on their "Something About You" single in 1985, garnering the record airplay and decent sales after its first release had been a flop.

His most famous work by far would be his remixes, writing and production collaborations with Madonna, starting in earnest in 1986 with the "Color Mix" of "True Blue". In 1987, he added new material to Madonna's "Into the Groove", significantly changing the arrangement so that Madonna could get more stage time and a broader performance out of the song. He went on to remix several more of Madonna's hit singles, including "Causing a Commotion", "Like a Prayer" and "Express Yourself." Most notable were the duo's collaborations on the number one song "Vogue" and the "Erotica" album. Their association appeared to end soon after working on several songs together in 1994 for a Madonna album that did not eventuate. Madonna finished two of the songs with different collaborators (see Unreleased Madonna Songs). A third tune from this session, "Love Won't Wait", was later given to Gary Barlow (Take That's songwriter and singer), to record and it reached #1 in the UK in 1997 with co-writing credit given to both Shep Pettibone and Madonna.

Shep Pettibone mixed the famous video version of Janet Jackson's The Pleasure Principle in 1987. He also mixed several of the singles from her Rhythm Nation 1814 album, including the title track, Miss You Much, Alright, Love Will Never Do (Without You) and Escapade.

Shep Pettibone helped British songbird (now Kylie Minogue's songwriter and producer) Cathy Dennis, break US radio by means of his mixes of "Just Another Dream" and "Touch Me (All Night Long)". The latter is a definitive example of a "turnaround" mix, where a remixer significantly commercialises an otherwise uncommercial song for single release, usually resulting much improved sales for the associated album. Shep Pettibone worked with Cathy Dennis on her second release "You Lied To Me", which did not perform as well as its predecessor.

In April 1987, Pettibone also produced the first version of the Pet Shop Boys hit "Heart", although an entirely new production would be used for the eventual single and yet another mix was used and produced by Andy Richards (Holly Johnson, Inga and O.M.D. producer), on the album Actually. Which was reached number one UK Single Chart in April 1988. Shep's version was eventually released on the 2001 2-disc re-release of "Actually".

Fans of Shep Pettibone's 1986 remix of "Was That What It Was" for Pet Shop Boys may be interested to know that Shep Pettibone did not mix that record: he was booked to do so but missed his plane, and his management mixed the song in his absence. It is unknown if Shep Pettibone was consulting the manager over the phone. This fact went unnoticed until Pet Shop Boys revealed it in the liner notes for the Alternative CD anthology of b-sides and rarities (1995). According to the cassette and 12 inch liner notes, Arthur Baker (Afrika Bambaataa, New Order producer) was in the studio guiding this mix.

During his peak years in the latter half of the 1980s and into the early 1990s, Pettibone's house remixes often included a distinctive snare drum pattern sequenced from a Roland TR-909 drum machine. These end-of-bar fills would often begin with the snare hitting once just before the end of the bar, then building over subsequent bars into a constant "machine gun" roll, the drum sounding on every 16th note.

Although abundant, prominent TR-909 snare fills were a hallmark of Pettibone's remixes from c. 1988 to 1992, the effect had a number of antecedents. For example, Steve "Silk" Hurley had much earlier (on the original mix of Isaac Hayes' "I Can't Turn Around" and many 1984 - 1985 JM Silk records) made use of a rapid fire snare, usually with more reverb applied. Chip E and Farley "Jackmaster Funk" Keith had already released records with the snare fill by 1985, well before Pettibone ever recorded it. In England, the mixes of Phil Harding would feature this element (as one can hear on Bananarama's "I Can't Help It") and, less in the spotlight, Dancin' Danny D. and Mark Saunders (both respected remixers) were featuring variations of this motif in their own work (Danny D's snare usually lacked the syncopation of Shep's while Saunders was slower and displayed a pronounced "splash" effect). In contrast, Frankie Knuckles used the snare drum in an extremely sparing manner for his trademark "Def Classic Mixes".

This article uses material from the article Shep Pettibone from the free encyclopedia Wikipedia and it is licensed under the GNU Free Documentation License.

Carl Reinecke Allegro molto moderato aus dem Flötenkonzert D-Dur op. 283
Update Required To play the media you will need to either update your browser to a recent version or update your Flash plugin.