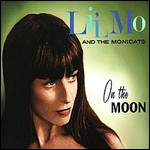 Born into a military family, Loving was raised primarily on Long Island, but moved about regularly as her family followed her father's military assignments. Along with her parents, Bishop Jacob and First-Lady Cynthia Loving Sr., she lived in Texas, Atlanta, Georgia, and Fayetteville, North Carolina before settling in Baltimore, Maryland. Dreams of becoming a famous singer began early and she always remained focused on this goal, performing in talent competitions wherever her family would settle.

Signed with Elektra Records Loving entered the music industry as a protégé of then-labelmate Missy Elliott. Her debut single was entitled "5 Minutes" from the Why Do Fools Fall In Love soundtrack, co-written by Kelly Price. She appeared on tracks for Elliott's Da Real World in 1999. "Hot Boyz" became Loving's breakout appearance. She was featured in the music video for the song's remix alongside guest rappers Nas and Eve, and Elliott subsequently became a trusted adviser and friend. She was featured on rapper Jay-Z's song "Parking Lot Pimpin'" from the 2000 The Dynasty: Roc La Familia album. Not very well known, she was the female voice on the 2001 hit "Wifey" by Next. She has performed with and written songs for many artists including Blackstreet, Next, Bow Wow, Keith Sweat, Canela Cox, 3LW, Nicole Wray, Mocha and ODB.

Loving's next big exposure came in early 2001, when she was featured on Ja Rule's single "Put It On Me" alongside Ja Rule's Murder Inc. Records labelmate Vita. The single was a hit on both urban and pop radio, and reached number eight on the US pop charts, and more collaborations by Ja Rule and Lil' Mo followed, including "I Cry", which repurposed The O'Jays' 1978 hit "Cry Together". In the Summer of 2002 Loving collaborated with label mates Angie Martinez & Sacario on "If I Could Go".

In 2001, Lil' Mo released her debut album Based On A True Story, on Elektra Records, and had a successful single of her own, "Superwoman (Part II)". The "Part II" remix, featuring hip-hop newcomer Fabolous, was an up-tempo, hip-hop flavored record, using an instrumental track producer DJ Clue had originally intended for M.O.P. reached #9 on the R&B charts.[1] The video was also a huge hit on MTV2 and BET. The album's second single, "Gangsta", contained a sample of Snoop Dogg's "Gin And Juice", was less successful reaching #57 on the R&B charts.[1]

After a falling out with Ja Rule and Irv Gotti, caused by Loving's accusations that they now favored using new Murder Inc. artist Ashanti for collaborations instead of her, she ended all associations with Murder Inc. in 2002. Since, Ja Rule has taken some shots at former friend, Loving, calling her a "bitch", and crediting himself as the reason why she had any hits. She refused to fire back, calling the whole thing "juvenile."

During the mid-2003, Mo appeared on two important singles with Fabolous, who partially had Mo to thank for his own break into the industry, and who has since been more successful on both urban and mainstream charts than Mo herself. Their first duet was "Can't Let You Go", the first single from Fabolous' Street Dreams LP, was one of 2003's biggest rap and mainstream pop hits. The other duet, "4 Ever", the first official single from Lil' Mo's own second album, Meet The Girl Next Door, was a major urban and R&B hit, but did not achieve pop success.

Under her independent label "Honeychild Entertainment" she finally released a new album. Pain & Paper was released on August 28, 2007 with production from Joey Cutless, Bryan-Michael Cox, Jules "Judah," Mike Moore, Troy Taylor, Adam "Streets" Arwine, Daniel "D-Up" Allen, Wesley "Mister Wes" Toone, among others. Along with recording her new album, Lil' Mo, together with Faith Evans, Fantasia, and R&B-turned-gospel singer Coko (of SWV fame), appeared on the remake of The Clark Sisters' "Endow Me" from Coko's gospel album Grateful, released October 31, 2006. Loving's Pain & Paper was released on August 28, 2007 distributed by Koch Entertainment. The first single off the album is "Sometimes I" featuring rapper Jim Jones). The video was directed by Gabriel E. Hart of Drew Barrymore's "VH-1's Shoot to Kill." She recently announced that her second single is "Lucky Her". She stated that "Lucky Her" is the final single from Pain & Paper. She is currently working on a new album tentatively titled Tattoos & Roses: The Rebellion Against My Pain (confirmed by Lil' Mo herself in an interview), a mixtape, and a reality show for 2008.

With Pain & Paper sales at barely below one-hundred thousand, Lil' Mo signed to Global Music Group for a two-album contract. She has said in a recent interview that the album will be a double disc; half of it being a live production. The album is currently titled P.S. I LOVE Me. In a 2010 interview, Mo confirmed that guest appearances on the album would include MC Lyte, Tweet, Fabolous and other performers that she has admired in the music industry. In early 2010, Loving ended her feud with Ja Rule which started in 2001.

In 2001, she met her first husband, Al Stone, at a Washington, D.C. gas station; she initiated a conversation and asked for his number. He proposed to her in May, and they wed on August 29, 2001, after dating for only 5 months. Just two months later, Loving became pregnant, and on August 19, 2002, she gave birth to a daughter, Heaven Love'on Stone. Her second daughter, God'Iss Love Stone, was born on February 24, 2005. In December 2005, she filed for divorce from Al Stone.

She is currently married to Gospel recording artist Phillip Bryant; the couple welcomed a son, Justin McKenzie Phillip, on January 16, 2009.[2] She currently lives in Odenton, Maryland.

This article uses material from the article Lil' Mo from the free encyclopedia Wikipedia and it is licensed under the GNU Free Documentation License.