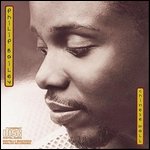 Philip Irvin Bailey (born May 8, 1951) is an American R&B, soul, gospel and funk singer, songwriter, percussionist and actor, best known as an early member, and one of the two lead singers (along with group founder Maurice White) of the band Earth, Wind & Fire. Noted for his four-octave vocal range and distinctive falsetto register, Bailey has won seven Grammy Awards. He was inducted into the Rock and Roll Hall of Fame and the Vocal Group Hall of Fame as a member of Earth, Wind & Fire.[1][2] Bailey was also inducted into the Songwriters Hall of Fame for his work with the band.[3]

Bailey has released several solo albums. Chinese Wall from 1984, which received a Grammy Award nomination for Best R&B Vocal Performance, Male, included the global hit, "Easy Lover", a duet with Phil Collins. "Easy Lover" won an MTV Video Music Award for Best Overall Performance in a Video in 1985 and was Grammy nominated for Best Pop Performance by a Duo or Group With Vocals.[4][5] In May 2008, Bailey was awarded an Honorary Doctorate of Music from Berklee College of Music at Berklee's Commencement Ceremony where he was the commencement speaker.[6]

Bailey was born and raised in Denver, Colorado. He attended East High School in Denver and graduated in 1969. He was also in a local R&B band called Friends & Love[7] Some of Bailey's early influences included jazz musicians such as Miles Davis, John Coltrane and Max Roach, the Motown sound, in particular the music of Stevie Wonder and he was also largely influenced by female singers such as Sarah Vaughan and Dionne Warwick.[8]

In 1972, while attending college, Bailey was invited to join the band Earth, Wind & Fire by EWF-founder and bandleader Maurice White.[2] Bailey went on to lead such popular Earth, Wind & Fire songs as "Devotion," "Head to the Sky," "Reasons," "Fantasy," "I'll Write A Song For You," "Imagination," "I've Had Enough," and "Guiding Lights." He also shared lead vocals with Maurice White on such EWF hits as "Shining Star," "Getaway," "September," "Sing A Song," "Serpentine Fire," "Saturday Night," and sang lead with both White, and the girl group The Emotions, on their classic disco collaboration, "Boogie Wonderland."

In live duet performances, Bailey will sing his (falsetto) part, then switch to the vocal part originally sung by White, showing off his vocal prowess and versatility.

Outside of Earth, Wind & Fire, Bailey's most successful song is a duet with his friend Phil Collins called "Easy Lover" which was included on his gold solo album Chinese Wall. The album was also produced by Collins, and both the album and single were released in 1984 on Columbia Records. "Easy Lover" went to number two on the U.S. Billboard Hot 100 and topped the charts in Collins' native United Kingdom,[9] while Chinese Wall peaked at number 22 on the Billboard 200 and number 10 on the Top R&B/Hip-Hop Albums charts. While Bailey had a number of hits with Earth, Wind & Fire, "Easy Lover" was his only Top 40 outside the group.

In 1980, Bailey joined with friends, Deniece Williams, Billy Davis and Marilyn McCoo to present a gospel show at a popular Los Angeles club named The Roxy. The show was called "Jesus At the Roxy". Williams later reported that "God did something miraculous. Over three hundred people were saved." After that, both Bailey and Williams decided to pursue careers in Christian music.

In 1983, Bailey and Williams recorded "They Say" an atmospheric, slow praise song that builds towards the end with rousing words of praise with just the two voices of Williams and Bailey. The song was written by songwriters Skip Scarborough and Terri McFaddin and was popular on both Urban and Gospel Black radio. Williams later recorded the song with Christian artist Sandi Patti and won a Grammy for it.

In 1984, Bailey released his first gospel album The Wonders of His Love on Myrrh Records which reached number 13 and 17 on the Top Contemporary Christian and Top Gospel Albums charts respectively and it featured percussionist Paulinho da Costa and pianist and keyboard player George Duke.

His second gospel album Triumph was released in 1986, and the album won Bailey a Grammy for Best Gospel Performance, Male and reached number 18 on the Top Contemporary Christian charts. In 1989, he released his third gospel album Family Affair on which Sheldon Reynolds and Kirk Whalum appeared. He played percussion and provided vocals on the King Baptist Church Mass Choir's album Holding on to Jesus' Hand, released in 1990.

In 1999, Bailey released his first jazz album, Dreams, featuring Gerald Albright, Grover Washington, Jr. and Pat Metheny, and released his second jazz album entitled Soul on Jazz in 2002. Both of these albums were released on Heads Up International records. Phillip has also worked with George Duke, Boney James, tenor saxophonist Stanley Turrentine on his 1981 album Tender Togetherness, Kenny Loggins on his album Vox Humana, Stanley Clarke on his album The Bass-ic Collection and Anita Pointer.

He has also worked with Stevie Wonder on his hit single "Part-Time Lover", Julio Iglesias on his gold album Non Stop, jazz singer Nancy Wilson, the jazz group Fourplay on their gold albums Fourplay and Between the Sheets and also on Ray Parker Jr.'s album After Dark. Bailey has collaborated with Little Richard, Deniece Williams and Eric Benét.

On October 27, 2007, Bailey sang "God Bless America" during the seventh-inning stretch of the first World Series game ever to be played in his hometown of Denver (Game 3 in 2007).[11]

Bailey is currently married to singer/ songwriter, Valerie Bailey (née Davis), who has worked with superstars Whitney Houston, Celine Dion etc. Bailey is the father of seven children; One of his children, Pili Bailey, is the daughter of Jeanette Hutchinson of the R&B hit group The Emotions. His son, Philip Doron Bailey is also a member of Earth Wind & Fire.

This article uses material from the article Philip Bailey from the free encyclopedia Wikipedia and it is licensed under the GNU Free Documentation License.