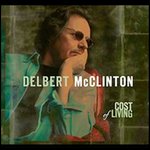 Active as a sideman since 1962 and as a band leader since 1972, he has recorded albums for several major record labels and singles that have reached the Billboard Hot 100, Mainstream Rock Tracks, and Hot Country Songs charts. His highest-charting single was "Tell Me About It", a 1992 duet with Tanya Tucker, which reached number 4 on the Country chart. Four of his albums have been number 1 on the U.S. Blues chart, and another reached number 2. His highest charting pop hit was 1980's "Giving It Up for Your Love," which peaked at number 8 on the Hot 100.

He was inducted into the Texas Heritage Songwriters Hall of Fame[3] in March 2011, along with Lee Roy Parnell, Bruce Channel, Gary Nicholson, and Cindy Walker.

McClinton was born in Lubbock, Texas, and relocated with his family to Fort Worth, Texas, when he was 11 years old.[2] He worked in a bar band, the Straitjackets, who played backing Sonny Boy Williamson II, Howlin' Wolf, Lightnin' Hopkins, and Jimmy Reed. McClinton recorded several regional singles before hitting the national chart in 1962, playing harmonica on Bruce Channel's "Hey! Baby".[2] On a tour with Channel in the United Kingdom, McClinton instructed John Lennon on the finer points of blues harmonica playing.[4]

Relocating to Los Angeles in 1972, McClinton partnered with fellow Texan Glen Clark to perform a combination of country and soul music. They achieved a degree of artistic success, releasing two albums before splitting and McClinton embarked on a solo career.[2]

Emmylou Harris had a number 1 hit in 1978 with her recording of McClinton's composition "Two More Bottles of Wine," and a cover version of his "B Movie Boxcar Blues" was on the first album by the Blues Brothers, Briefcase Full of Blues.[2]

McClinton's 1980 album, The Jealous Kind, contained his only Top 40 hit single, "Giving It Up for Your Love", which peaked at number 8 on the Billboard Hot 100 and number 35 Adult Contemporary.[17] After an inactive period during much of the 1980s, McClinton made a return in 1989 with the Grammy-nominated album Live from Austin, recorded during an appearance on the television program Austin City Limits and co-produced by the saxophonist Don Wise.[2]

In 1991 he won a Grammy Award for a duet with Bonnie Raitt, "Good Man, Good Woman", and reached the Top 5 of the Country chart with "Tell Me About It", a duet with Tanya Tucker.[2] He reentered the Billboard charts in 1992 with the album Never Been Rocked Enough, which included the charting "Every Time I Roll the Dice" and a cover of John Hiatt's "Have a Little Faith in Me."

McClinton recorded the song "Weatherman", which was played with the opening titles of the 1992 film Groundhog Day, starring Bill Murray. The fledgling label Rising Tide Records released One of the Fortunate Few in 1997, before the label went out of business.[2]

McClinton released two studio albums in the early 2000s for New West Records, which also issued Delbert McClinton Live in 2003, a compilation album of songs from his career. In 2006, he won a Grammy Award for his album The Cost of Living in the category Best Contemporary Blues Album.[2]

McClinton was a judge for the fourth annual Independent Music Awards, presented to independent artists to support their careers.[18]

He is featured in the documentary film Rocking the Boat: A Musical Conversation and Journey, by the filmmaker Jay Curlee.

He performed on the Frankie Miller album Double Take, released in 2016; his voice is merged with Miller's in the song "Beginner at the Blues".

This article uses material from the article Delbert McClinton from the free encyclopedia Wikipedia and it is licensed under the GNU Free Documentation License.