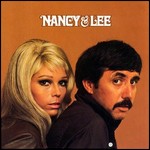 Barton Lee Hazlewood[1] (July 9, 1929 – August 4, 2007) was an American country and pop singer, songwriter, and record producer, most widely known for his work with guitarist Duane Eddy during the late 1950s and singer Nancy Sinatra in the 1960s.[2]

Hazlewood had a distinctive baritone voice that added a resonance to his music. His collaborations with Nancy Sinatra as well as his solo output in the late 1960s and early 1970s have been praised as an essential contribution to a sound often described as "cowboy psychedelia" or "saccharine underground".[3]

The son of an oil man, Hazlewood was born in Mannford, Oklahoma,[1] and spent most of his youth living between Oklahoma, Arkansas, Kansas, and Louisiana. His paternal grandmother was Native American. He grew up listening to pop and bluegrass music.[4] Lee spent his teenage years in Port Neches, Texas, where he was exposed to a rich Gulf Coast music tradition. He studied for a medical degree at Southern Methodist University in Dallas, Texas.[1] He served with the United States Army during the Korean War.[1]

Following discharge from the military, Hazlewood worked as a disc jockey in Phoenix while honing his song writing skills. His first hit single as a producer and songwriter was "The Fool", recorded by rockabilly artist Sanford Clark in 1956. He partnered with pioneering rock guitarist Duane Eddy in Phoenix,[1] producing and co-writing a string of hit instrumental records, including "Peter Gunn", "Boss Guitar", "Forty Miles of Bad Road", "Shazam!", "Rebel-'Rouser" and "(Dance With The) Guitar Man".

Hazlewood is perhaps best known for having written and produced the 1966 Nancy Sinatra U.S./UK No. 1 hit, "These Boots Are Made for Walkin'" and "Summer Wine". He also wrote "How Does That Grab Ya, Darlin'", "Friday's Child", "So Long, Babe, "Sugar Town" and many others for Sinatra.[2] Among his most well-known vocal performances is "Some Velvet Morning", a 1967 duet with Nancy Sinatra. He performed that song along with "Jackson" on her 1967 television special Movin' With Nancy. Early in 1967, Lee also produced the number 1 hit song for Frank & Nancy Sinatra "Somethin' Stupid". Jimmy Bowen was listed as co-producer but wasn't there at the time. Hazlewood just gave him credit as per a previous agreement with Jimmy. Lee also wrote the theme song "The Last of the Secret Agents", the theme song of the 1966 spy-spoof film of the same title. Nancy Sinatra, who had a role in the film, recorded the song for the soundtrack. For Frank Sinatra's 1967 detective movie, Tony Rome, Hazlewood also wrote the theme song which was performed by Nancy.

He wrote "Houston", a 1965 US hit recorded by Dean Martin. He also produced several singles for Martin's daughter, Deana Martin, including her country hit, "Girl of the Month Club," while Deana was still a teenager. Other tunes on that project were "When He Remembers Me," "Baby I See You" and "The Bottom of My Mind," all recorded during the 1960s.

Hazlewood also wrote "This Town", a song that was recorded by Frank Sinatra that appeared on his 1968 album Greatest Hits and is the basis for Paul Shaffer's "Small Town News" segment theme on the Late Show with David Letterman.

Though it did not receive much attention at the time, he also worked with Gram Parsons and the International Submarine Band in the mid-1960s. Parsons' departure from the band and decision to become part of The Byrds created legal problems with Hazlewood.

In the 1970s Hazlewood moved to Stockholm, Sweden, where he wrote and produced the one-hour television show Cowboy in Sweden together with friend and Director Torbjörn Axelman, which also later emerged as an album.[5]

Lee was semi-retired from the music business from the late 1970s and all through the 1980s. However, his own output also achieved a cult status in the underground rock scene, with songs recorded by artists such as Rowland S. Howard, Kim Salmon and the Surrealists, Miles Kane, Vanilla Fudge, Spell, Lydia Lunch, Primal Scream, Entombed, Einstürzende Neubauten, Nick Cave, the Jesus and Mary Chain, Hooverphonic, KMFDM, Anita Lane, Megadeth, The Ukiah Drag,[6] Beck, Baustelle, the Tubes, Thin White Rope, Yonatan Gat, Zeena Schreck/Radio Werewolf[7][8][9][10] and Slowdive.[11]

In 2006, Hazlewood sang on Bela B.'s first solo album, Bingo, on the song "Lee Hazlewood und das erste Lied des Tages" ("Lee Hazlewood and the first song of the day"). He said that he loved producing and writing albums.[12]

In 2005, Hazlewood was diagnosed with terminal renal cancer,[1] and he undertook an extensive round of interviews and promotional activities in support of his last album, Cake or Death.

His last recording was for the vocals of Icelandic quartet Amiina's single "Hilli (At the Top of the World)".[13]

Hazlewood died of renal cancer in Henderson, Nevada, on August 4, 2007, survived by his wife Jeane, son Mark and daughters Debbie and Samantha.[14]

Musician and producer Charles Normal and a group of musician friends, including Black Francis of the Pixies, Isaac Brock of Modest Mouse, Larry Norman, Pete Yorn and members of Art Brut and the Dandy Warhols, released their own version of Trouble Is a Lonesome Town in July 2013.

This article uses material from the article Lee Hazlewood from the free encyclopedia Wikipedia and it is licensed under the GNU Free Documentation License.