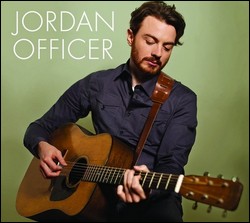 Jordan Officer grew up in Montreal, studying violin, and later bagpipes, and eventually guitar which is now his main instrument. His first bands were mostly blues, but as a sideman played various styles, with acts such as Michael Jerome Browne, the Stephen Barry Band, Mack MacKenzie, Grouyan Gombo, and others. His main project has been with the Susie Arioli Band. This band was started by noted jazz singer Susie Arioli and Jordan Officer in 1996, and has released four albums so far on Justin Time records. All four albums feature Jordan as a guitar player, arranger, and composer. Jordan is also producer of the fourth record, Learn To Smile Again, and the most recent album Night Lights. Jordan also studied jazz at McGill University in Montreal.

This article uses material from the article Jordan Officer from the free encyclopedia Wikipedia and it is licensed under the GNU Free Documentation License.