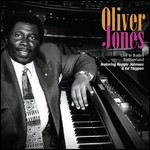 He began his career as a pianist at the age of five, studying with Mme Bonner in Little Burgundy's Union United Church, made famous by Trevor W. Payne's Montreal Jubilation Gospel Choir. However, for the most part, he developed his talent through his studies with Oscar Peterson's sister Daisy Peterson Sweeney. In addition to performing at Union United Church when he was a child, he also performed a solo novelty act at the Cafe St. Michel as well as other clubs and theaters in the Montreal area. He toured with a band called the Bandwagon while touring in the United States.

In late 1980 he teamed up with Montreal's Charlie Biddle, working in and around local clubs and hotel lounges in Montreal. In fact he worked in and was resident pianist at Charlie Biddle's Jazz club, appropriately called Biddle's from 1981 to 1986. During the 1980s he was one of Canada's success stories amongst jazz musicians and has performed with Ranee Lee.

He was travelling throughout Canada by the mid-1980s, appearing at festivals, concerts and clubs, either as a solo artist or with a trio: Skip Bey, Bernard Primeau, and Archie Alleyne. His travels also took him to Europe during this period.

In 1986 he won a Juno Award for his album titled Lights of Burgundy and in 1989 he won the Félix Award for his album Just Friends. He taught music at Laurentian University in 1987, and in 1988 he taught music at McGill University in Montreal[1] . His tour of Nigeria was the subject of a 1990 National Film Board of Canada documentary, Oliver Jones in Africa.[2] His music also appears in the NFB animated short film, Black Soul. In 2011 he was one of the big names on the line up of the P.E.I. Jazz and Blues Festival at Charlottetown.[3] Jones was headliner for the Jazz Sudbury Festival 2013, held from Sept. 6-8, 2013.[4]

This article uses material from the article Oliver Jones (pianist) from the free encyclopedia Wikipedia and it is licensed under the GNU Free Documentation License.