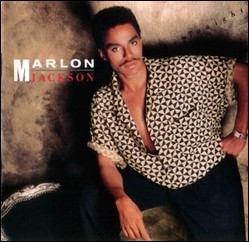 Marlon David Jackson (born March 12, 1957) is an American entertainer, singer, dancer. Jackson was a member of the Jackson 5. Jackson is known as "the Dancingest Jackson" for his dancing performances on stage, as well as the "Jokester" for his sense of humor. Jackson is the sixth child of the Jackson family.

Marlon was born on March 12, 1957 in Gary, Indiana to Joseph and Katherine Jackson as the sixth child of the Jackson family. Marlon's twin brother, Brandon died within twenty four hours of their birth. Marlon and his twin brother were several weeks premature. Marlon attended Cal-prep school in Encino, CA and graduated in 1975.

While Marlon was still a child, his older brothers Jackie, Tito and Jermaine formed an early incarnation of what would become the Jackson 5. Marlon and younger brother Michael would soon join the group, initially as percussionists. In the early years of the group, it has been well documented that Marlon had trouble singing and keeping up with dance steps. While Michael was more of a natural, Marlon had to work a little harder. However, through his perseverance, he would become a proficient singer, songwriter, producer and especially a dancer where he is known for being the main choreographer behind many of the group's signature dance routines such as the Funk Shovel and what is known as the Jackson Point Dance. To this day, all of the brothers always call him the "Dancingest Jackson" which was a term he came up with when Carol Burnett asked them to come up with nicknames that describe their personalities and all the brothers agreed. On the Jackson 5's "Up on the Housetop," from their Christmas album, Michael sings describing what each brother wants for Christmas. When he goes to Marlon, he says

While brothers Michael and Jermaine were the main attractions of the group, all five Jackson brothers sang lead spots on various songs. Marlon's voice can noticeably be heard on "Feelin' Alright", "Little Bitty Pretty One" and "Corner of the Sky". He took a more prominent singing role on the 1973 G.I.T.: Get It Together album, particularly in the last minutes of the song "Mama I Gotta Brand New Thing (Don't Say No)". Eventually, a dispute with Motown led to the group's split from the label in 1976, whereupon they signed with Epic Records. After the departure of Jermaine and inclusion of youngest brother Randy in the move, the group would be forced to change their name to "the Jacksons". All of the brothers took a more active role in their music and it was Marlon who filled in for Jermaine's vocal parts when they performed the old Jackson 5 songs on stage. On the debut Jacksons albums, Marlon sang lead spots on "Strength of a Man" and "Man of War." However, it was the Destiny and Triumph albums that returned the brothers to the top of the pop charts. In the finale of Triumph Marlon shared a duet with brother Michael, titled "Give it Up." The return of Jermaine to the group in 1983, after their reunited performance at Motown 25, led to the Victory album and tour in 1984. For the Victory album, Marlon wrote, produced and sang his first solo lead on the single "Body." In the music video for the single, Marlon can be seen riding a motorcycle and leading a troupe of dancers. Despite the success of both the album and tour, monetary problems and rumored clashes amongst the brothers led to the collapse of the Jacksons as a group. Michael announced his exit from the group at the end of the tour while Marlon stunned family members by announcing his split a year later. This left the Jacksons as a quartet of Jackie, Tito, Jermaine and Randy for their final album, 2300 Jackson Street, although Michael and Marlon would join their brothers on the album's title single.

In 1987, Marlon released his debut solo album Baby Tonight. It featured the No. 2 R&B hit "Don't Go" which he performed to an enthusiastic audience on The Late Show with Arsenio Hall. During the show he was interviewed by Arsenio and said:

Unlike his brothers, after his brief brush with solo stardom, Marlon embarked on a career outside of show business, becoming a successful real estate agent in Southern California. He was also part owner of the Black Family Channel, a cable network designed to bring family-friendly programming to the Black community. Marlon joined his brothers on stage when the Jackson 5 was inducted into the Rock & Roll Hall of Fame in 1997. In 2001, he reunited with his brothers to perform as the Jacksons during Michael's 30th anniversary concert at Madison Square Garden. He was part of the reality series, The Jacksons: A Family Dynasty, in 2009. He and his brothers (with the exception of Randy) have been performing off and on since 2012.

In August 1975, 18-year-old Jackson married his girlfriend Carol Ann Parker, whom he met in New Orleans during one of the Jacksons' tours. Jackson and Parker have three children:

On July 7, 2009, he and his family offered their final eulogies for Michael, saying he was the "soul" of the family, and breaking down as he tearfully addressed the crowd: "Maybe now Michael, they will leave you alone"[1] and "I would like for you to give our brother, my twin brother, Brandon, a hug for me".[2] Marlon fought back tears as he said, "I love you Michael and I'll miss you".[1]

This article uses material from the article Marlon Jackson from the free encyclopedia Wikipedia and it is licensed under the GNU Free Documentation License.