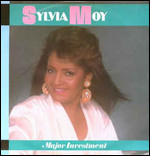 Sylvia Moy is a songwriter and record producer, formerly associated with the Motown Records group. The first woman at the Detroit-based music label to write and produce for Motown acts, she is probably best known for her songs written for Stevie Wonder.

According to Berry Gordy's autobiography To Be Loved, Moy was directly responsible for the label keeping Stevie Wonder. Gordy wrote that, after Stevie's voice began to change as a result of puberty, he was going to drop him from the label. It was then that Moy went to Berry and asked "if she could come up with a hit for Stevie would he reconsider"; he agreed. Among the hit singles Moy wrote and/or produced while at Motown are "Uptight (Everything's Alright)" and "My Cherie Amour" by Stevie Wonder and "Honey Chile" and "Love Bug Leave My Heart Alone" by Martha and the Vandellas among others.[1]

She was inducted into the Songwriter's Hall of Fame[2] alongside fellow Motown songwriter and producer Henry Cosby in 2006.[3] Sylvia continues to write and produce at her studio in Detroit.

This article uses material from the article Sylvia Moy from the free encyclopedia Wikipedia and it is licensed under the GNU Free Documentation License.