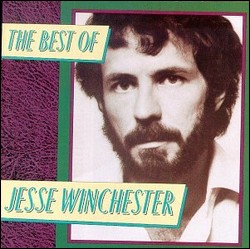 Winchester was raised in northern Mississippi and the city of Memphis, Tennessee. He attended Williams College in Williamstown, Massachusetts, graduating in 1966. Upon receiving his draft notice the following year, Winchester moved to Montreal, Quebec to avoid military service. He became a Canadian citizen in 1973.

Winchester had begun playing guitar in bands while still a high school student. He also played in Germany during college study abroad and after graduation. Upon arriving in Quebec in 1967, he joined a local band, the Astronautes. At this time, he also began writing songs that he performed as a solo artist in coffee houses throughout eastern Canada. Under the auspices of The Band's Robbie Robertson, Winchester began his recording career in 1970 with his self-titled album, released on the Ampex label.

Winchester released several additional albums during the '70s. But, due to his draft status, he was unable to tour in the United States until President Gerald Ford granted draft resisters conditional amnesty, later changed to unconditional amnesty in 1977 by President Jimmy Carter. As a result, he became recognized primarily as a prolific songwriter. His best known songs include "Yankee Lady", "The Brand New Tennessee Waltz", "Mississippi, You're on My Mind", and "Biloxi". These and others have been recorded by numerous artists including Patti Page, Elvis Costello, Jimmy Buffett, Joan Baez, Anne Murray and Reba McEntire.

This article uses material from the article Jesse Winchester from the free encyclopedia Wikipedia and it is licensed under the GNU Free Documentation License.