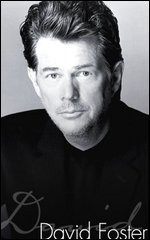 Foster was a keyboardist for the pop group Skylark, discovered by Eirik Wangberg. The band's song, "Wildflower", was a top ten hit in 1973. Together with Jay Graydon he formed the band Airplay, whose album of the same name is often labeled as important within the west coast AOR genre. In 1975, he played on George Harrison's album Extra Texture.

The 1980 Boz Scaggs album 'Middle Man' saw Foster co-write and play keyboard on some of Scaggs' most successful songs, including "Breakdown Dead Ahead", "Jojo" and "Simone".

In 1985, Rolling Stone magazine named Foster the "master of ... bombastic pop kitsch."[4] That year, Foster composed the score for the film St. Elmo's Fire,[5] including the instrumental "Love Theme from St. Elmo's Fire", which hit No. 15 on the US pop charts. Another song from the film, "St. Elmo's Fire (Man in Motion)", recorded by John Parr, hit No. 1 on the Billboard Hot 100 on September 7, 1985. In the following years, Foster continued turning out occasional film scores, including the Michael J. Fox comedy The Secret of My Success (1987) of which featured a song co-written by Foster titled "The Price of Love" a track of which was preformed by Roger Daltrey from the album Can't Wait to See the Movie which also Foster produced and the Jodie Foster-Mark Harmon film Stealing Home, both of which spawned soundtrack albums with prominent Foster-penned contributions. He collaborated with then-wife Linda Thompson on the song "I Have Nothing", sung by Whitney Houston in the 1992 film The Bodyguard; the couple also appeared in the film's Oscars scene as the Oscars conductor and an Academy member. They were nominated for a Grammy Award and an Academy Award for Best Song for the song.

Foster composed "Winter Games", the theme song for 1988 Winter Olympics in Calgary, Alberta. "Winter Games" is also the soundtrack for fountain shows at the Bellagio resort in Las Vegas[6] and Sea World Orlando in Florida, and for the awards ceremonies at the Intel International Science and Engineering Fair.

In 1995, Foster signed a deal with Warner Brothers that enabled him to set up his own boutique label, 143 Records, as a joint venture with Warner.[7] Foster gave the responsibility for running the label to then manager Brian Avnet.[7] One of the label's first signings was a then-little known Irish folk-rock band, The Corrs, for whom he produced their debut album.[7] By 1997, Foster had come to the realisation that, in the American market at least, "logo labels" like 143 were in a "bad spot" and, as a result, Foster sold the label back to Warner and became a senior vice-president at the corporation.[7]

Foster, along with Kenneth "Babyface" Edmonds, composed "The Power of the Dream", the official song of the 1996 Summer Olympics; Foster's then-wife Thompson provided the lyrics (sung by Céline Dion).

In 2001, Foster collaborated with Lara Fabian and the Vancouver Symphony Orchestra to record English-language, French-language, and bilingual (French/English) versions of the Canadian national anthem, "O Canada", for a promotion of the Canadian government. Foster, with his then-wife Thompson, composed "Light the Fire Within", sung by LeAnn Rimes for the 2002 Winter Olympics. In 2003, Foster won an Emmy Award for Outstanding Music and Lyrics for The Concert for World Children's Day. His song, "I Will Be There With You" (sung with Katharine McPhee), is being used by Japan Airlines to promote the introduction of new aircraft to its US flights.

The 2001 film, The Score, starring Robert De Niro and Marlon Brando, features a Diana Krall recording, "I'll Make it Up as I Go". This song, which accompanies the film's ending credits (Chapter 12), was composed by David Foster (together with his daughter Amy Foster-Gilles), and was used in the film courtesy of the Verve Music Group.[9]

In 2005, Foster, his daughter Amy Foster-Gillies, and Beyonce Knowles wrote "Stand Up For Love" as the anthem to the World Children's Day, an annual worldwide event to raise awareness and funds for children's causes. Over the past three years, more than $50 million has been raised to benefit Ronald McDonald House Charities and other children's organizations. Destiny's Child lent their voices and support as global ambassadors for the 2005 program.

In 2009, it was revealed that Foster had worked with songwriter Diane Warren to produce records for Whitney Houston's upcoming album, and her comeback single would be the Foster-produced "I Didn't Know My Own Strength".[10]

On December 15, 2011, it was confirmed that Foster would become the Chairman of Verve Music Group.[11]

In early 1992, Foster went to Indonesia to tape the TV show David Foster's Twilight Orchestra on the national television station RCTI. In early 2001, Foster appeared in Popstars, a WB reality series aimed at coming up with the next girl group. The result was Eden's Crush (featuring Nicole Scherzinger). Foster and Linda Thompson wrote and produced several songs on their album.[12]

In 2005, his and Linda Thompson's home life was featured in a Fox-staged[13] reality TV show, The Princes of Malibu, in which he attempted to teach his spoiled stepsons, Brandon and Brody Jenner (the children of Thompson and Olympian Bruce Jenner), to straighten their lives up and earn their own way.

In late April 2005, he appeared as a special guest on both American Idol (as a mentor) and Nashville Star (as a judge), two weeks apart.[14] In 2006, he was a judge on Celebrity Duets, a FOX TV show and appeared on Star Tomorrow, for which auditions were held in Los Angeles and New York for undiscovered talent. Star Tomorrow aired only one (July 31, 2006) episode on NBC.[15]

In July 2006, Foster made a brief appearance on The View as Star Jones's vocal coach. In August 2006, he was the musical director for JCPenney Jam's "The Concert For American Kids", which aired on CBS and was later released in CD/DVD format. Also in 2006, Foster was also featured in Under the Desert Sky, Andrea Bocceli's live album and DVD of a pop concert held in Las Vegas. In 2007, Foster was featured in Andrea Bocelli's Vivere Live in Tuscany, a live album and DVD of a pop concert performed at Bocelli's Teatro del Silenzio in Lajatico, Tuscany in July. In November 2007, Foster appeared in Oprah's annual "Favorite Things" episode, performing with Josh Groban.[16]

In September 2008, singer Charice joined Foster on The Oprah Winfrey Show with Celine Dion via satellite; and on October 31, he and Andrea Bocelli appeared on Oprah again together, where he stated that Bocelli was his "favourite singer on the planet".[17]

In December 2008, Foster was featured in a PBS special titled Hit Man: David Foster & Friends, a concert featuring live performances by Foster and numerous other performers.[18]

In late 2012, Foster appeared in an episode of The Real Housewives of Beverly Hills. His wife, Yolanda Foster, was added to the cast of season three of the reality TV show.[20]

Foster has been married four times and has five biological daughters and six grandchildren. His first child, Allison Jones (b. June 6, 1968), is from a previous relationship.[21] His first marriage was to singer/writer B.J. Cook, who already had a daughter, Tamre Winger, whom he raised. Cook and Foster had one daughter together, Amy Foster (b. July 29, 1973), a songwriter.

He married his third wife, actress Linda Thompson, on June 27, 1991. The two became a songwriting team, collaborating on several songs, including "I Have Nothing", performed by Whitney Houston in The Bodyguard (1992), and "Grown-Up Christmas List". Thompson filed for divorce on July 11, 2005, the day after her short-lived reality series, The Princes of Malibu, premiered.[22]

On September 23, 2012, Foster spoke at a private fundraising event in Beverly Hills, California for Mitt Romney.[25]

In 1992, Foster was driving a Chevrolet Suburban on the Pacific Coast Highway when he struck actor/dancer Ben Vereen, who was walking along the highway near his Malibu home. Vereen was critically injured but, despite being thrown 90 feet, survived.[26][27]

In addition to the numerous albums he has produced, the following are Foster's own solo or band works:

Foster has won 16 Grammy Awards, including three Producer of the Year awards and has been nominated a total of 47 times.[30]

On May 31, 2013, Foster had attended the Hollywood Walk of Fame ceremony for the second time around, but this time, he will be having a forthcoming honor for his own star near at the iconic Capitol Records Building led by the Hollywood Chamber of Commerce.[33]

This article uses material from the article David Foster from the free encyclopedia Wikipedia and it is licensed under the GNU Free Documentation License.