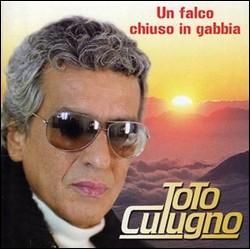 Salvatore "Toto" Cutugno (Italian pronunciation: [ˈtɔːto kuˈtuɲɲo]; born 7 July 1943) is an Italian pop singer-songwriter and musician. Cutugno may be best known for his worldwide hit song, "L'Italiano", which was on his hit CD, I Grandi Successi.[1] He won the Eurovision Song Contest 1990, as with a previous Eurovision winner Johnny Logan he was author of both lyrics and music.

Toto Cutugno was born in Fosdinovo to a Sicilian father from Barcellona Pozzo di Gotto and a homemaker mother.[2] Shortly after his birth the family moved to La Spezia (Liguria).

He began his musical career as a drummer, but later formed a band that performed his own songs. He also had cowritten for popular French-American singer Joe Dassin, contributing some of his most famous songs, including "L'été indien" ("Africa"), "Et si tu n'existais pas" and "Le Jardin du Luxembourg" (written with Vito Pallavicini).[3] He also co-wrote Dalida's "Laissez moi danser" ("Voglio l'anima"), which became a Platinum record shortly after its release.

However, Cutugno's iconic 1983 song "L'italiano" ("The Italian") revived Italian folklore with the song's lyrics and a melody that provided an affirmation of the typical Italian. It was initially intended for Adriano Celentano, who declined.

Cutugno is married to Carla Cutugno and has a son, Nicolo', born from another relationship.

He won the Eurovision Song Contest in 1990 with his own composition "Insieme: 1992" ("Together: 1992"), a ballad which celebrated European political integration, and establishment of EU. Along with Gigliola Cinquetti, Italy's only other Eurovision winner from 1964, he presented the 1991 contest, which was staged in Rome as a result of his victory.

This article uses material from the article Toto Cutugno from the free encyclopedia Wikipedia and it is licensed under the GNU Free Documentation License.

Enrique Granados Serenata aus der “Suite Oriental”
Update Required To play the media you will need to either update your browser to a recent version or update your Flash plugin.