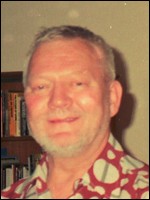 Civil began to play the horn at a young age, and joined an army band while still in his teens. He studied the instrument under Aubrey Brain, father of Dennis Brain.

Civil was engaged by Thomas Beecham to play second horn to Dennis Brain in the Royal Philharmonic Orchestra, and when Brain left for the Philharmonia, Civil took over leadership of the section. In 1955, Civil joined the Philharmonia himself, becoming principal horn player when Brain died in a car crash in 1957.

In the 1960s, Civil became the first non-German to be approached by the Berlin Philharmonic Orchestra to become a member. Civil stuck with the Philharmonia however, who were reshaping themselves into the New Philharmonia. In 1966 he became principal hornist of the BBC Symphony Orchestra, remaining there until his retirement in 1988.

As a soloist, Civil recorded the horn concertos of Mozart, and his recording of Benjamin Britten's Serenade for Tenor, Horn and Strings with Robert Tear is also quite well known. He also played chamber music in the Alan Civil Horn Trio.

As well as his work in classical music, Civil played the horn solo on The Beatles' song "For No One" from the album Revolver. Civil was also part of the orchestra crescendo in the song "A Day in the Life" from the album Sgt. Pepper's Lonely Hearts Club Band. Civil taught at the Royal College of Music. Among his pupils was Timothy Brown. He was appointed an OBE in 1985.

This article uses material from the article Alan Civil from the free encyclopedia Wikipedia and it is licensed under the GNU Free Documentation License.