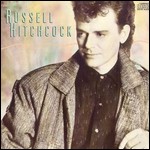 Hitchcock attended South Brunswick State School. He attended Princes Hill High School in Carlton North. He left school in 1965 to work as a salesman. At that time, he played the drums and was the lead vocalist in a band called 19th Generation. At the age of 20, he obtained a job in the division of a computer company and worked there for three years, before being promoted and transferred to Sydney. He formed Air Supply after meeting British-Australian musician Graham Russell in 1975 on the set of a production of Jesus Christ Superstar.

This article uses material from the article Russell Hitchcock from the free encyclopedia Wikipedia and it is licensed under the GNU Free Documentation License.