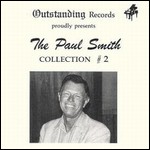 Paul Thatcher Smith (April 17, 1922 - June 29, 2013) was an American jazz pianist.[1] He performed in various genres of jazz, most typically bebop, but is best known as an accompanist of singers, especially Ella Fitzgerald.[2]

He was born in San Diego, California to parents, Lon Smith and Constance Farmer, who were vaudeville performers and encouraged his interest in music. He began studying piano at age 8, and led a jazz band in high school and became a professional musician at 19 with the Johnny Richards band. After playing with Richards in 1941 and spending 1943 to 1945 in the military,[2] he worked with Les Paul (1946-1947) and Tommy Dorsey (1947-1949) before moving to Los Angeles and becoming a studio musician. Studio work took up much of his time: he worked as a staff musician for NBC and Warner Brothers, and for many years he was the musical director for Dinah Shores daytime talk show.

Smith recorded frequently both with his trios and as a soloist. In addition he is featured on work of artists such as Dizzy Gillespie, Anita O'Day, Buddy DeFranco, Louie Bellson, Steve Allen, Stan Kenton, Mel Tormé and others. He was the musical director on The Steve Allen Comedy Hour television show in the 1960s.[3]

Between 1956 and 1978, Smith was active as a conductor and pianist for Ella Fitzgerald,[4] although he continued to work with her until the early 1990s.[2]

Smith authored a number of educational books and CDs, most of which focus on explaining his particular approach to jazz piano.[2]

He also worked on film scores and his playing can be heard on the soundtracks of They Shoot Horses, Don't They? and Nickelodeon among some others.

Smith died on June 29, 2013, in Torrance, California of heart failure. He was 91 and performed in Southern California nightclubs, including Terranea Resort hotel until his death. He is survived by his wife of 54 years Annette Warren; his daughter, actress Lauri Johnson; two sons, Gary and Paul; eight grandchildren; and two great-grandchildren.[5]

This article uses material from the article Paul Smith (pianist) from the free encyclopedia Wikipedia and it is licensed under the GNU Free Documentation License.