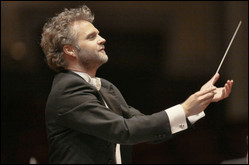 born in 1969 in Holstebro, Midtjylland, Denmark

This article uses material from the article Thomas Søndergård from the free encyclopedia Wikipedia and it is licensed under the GNU Free Documentation License.