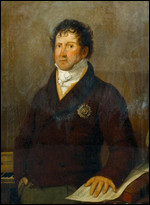 Bomtempo was the son of an Italian musician in the Portuguese court orchestra, and studied at the Music Seminary of the Patriarchal See in Lisbon. Unlike most of his contemporaries, he was not interested in opera and, in 1801, instead of going to Italy, he traveled to Paris, starting a career as a virtuoso pianist. He moved to London in 1810 and became acquainted with liberal circles. In 1822 he returned to Lisbon, founding a Philharmonic Society to promote public concerts of contemporary music. After the Portuguese civil war between liberals and absolutists, Bomtempo became a music teacher of Queen Maria II of Portugal and first Director of the National Conservatory, created in 1835 to replace the old Patriarchal Seminary, which had been abolished by the liberal régime.

Bomtempo composed a vast amount of concertos (newly published by Soundpost.org), sonatas, variations and fantasies for the piano. His two known symphonies are the first to be produced by a Portuguese composer. Bomtempo's masterpiece is his Requiem in memory of Luís de Camões.

This article uses material from the article João Domingos Bomtempo from the free encyclopedia Wikipedia and it is licensed under the GNU Free Documentation License.

Alexander Scriabin 5 Préludes op.16
Update Required To play the media you will need to either update your browser to a recent version or update your Flash plugin.