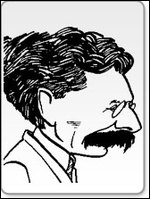 Louis Aubert was a child prodigy. His parents, recognizing their son's musical talent, sent him to Paris to receive an education at an early age. He became recognized for his voice, primarily for his renditions of the Pie Jesu from Gabriel Fauré's Requiem at the Église de la Madeleine. The young Aubert met Fauré at the Paris Conservatoire, and he regularly attended at his composition classes, which greatly influenced his development.

Aubert became an excellent pianist. In 1911 he premiered Maurice Ravel's Valses nobles et sentimentales, which were written for and dedicated to him. He also worked as a piano and composition teacher, both privately and on the faculty of the Conservatoire de Paris. He counts among his students Henry Barraud, Jean-Marie Beaudet, Jean Berger, and Georges Savaria.

He composed music for the church, several ballets, mélodies, and incidental music for the stage. Although Breton by birth at a time of intense Breton nationalism, he was little inspired by his home region. Aubert wrote popular songs, notably for Marie Dubas. He also was a contributing journalist to the magazines Chantecler, Paris-soir, Le journal and Opéra.

Aubert wrote one opera in three acts based on classic fairy tales by Charles Perrault to a libretto by J. Chenevière entitled La fôret bleu ("The Blue Forest"). The work was composed in 1904 to 1911 and individual acts were performed while the work was in progress. The first complete staged performance appeared in Geneva on 7 January 1913. The enchanting characters and delightful plot enabled the work to achieve popular success in other theaters, including Boston. The work did not appear in Paris until 1924, where it was staged at the Opéra-Comique (Salle Favart).

Aubert died in near-oblivion in Paris at age 90.

This article uses material from the article Louis Aubert from the free encyclopedia Wikipedia and it is licensed under the GNU Free Documentation License.