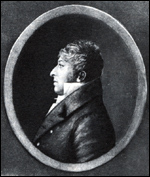 He is probably best known as the dedicatee of Beethoven's Violin Sonata No. 9, Op. 47 (1803), though he never played the work. Kreutzer made the acquaintance of Beethoven in 1798, when at Vienna in the service of the French ambassador, Jean-Baptiste Bernadotte (later King of Sweden and Norway).[2] Beethoven originally dedicated the sonata to George Bridgetower, the violinist at its first performance, but after a quarrel he revised the dedication in favour of Kreutzer.

Kreutzer was born in Versailles, and was initially taught by his German father, who was a musician in the royal chapel, with later lessons from Anton Stamitz. He became one of the foremost violin virtuosos of his day, appearing as a soloist until 1810. He was a violin professor at the Conservatoire de Paris from its foundation in 1795 until 1826. He was co-author of the Conservatoire's violin method with Pierre Rode and Pierre Baillot, and the three are considered the founding trinity of the French school of violin playing. For a time, Kreutzer was leader of the Paris Opera, and from 1817 he conducted there too. He died in Geneva and is buried in Paris at the Père Lachaise Cemetery.

He was well known for his style of bowing, his splendid tone, and the clearness of his execution. His compositions include nineteen violin concertos and forty operas. His best-known works, however, are the 42 études ou caprices (42 Études or Capriccios, 1796) which are fundamental pedagogic studies.

This article uses material from the article Rodolphe Kreutzer from the free encyclopedia Wikipedia and it is licensed under the GNU Free Documentation License.

Johann Georg Heinrich Backofen 1. Satz aus dem Klarinettenkonzert op. 3 B-Dur
Update Required To play the media you will need to either update your browser to a recent version or update your Flash plugin.