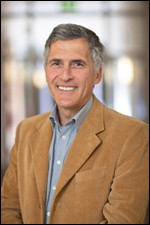 Nicolás Pasquet (born 1958) is a conductor from Uruguay and professor of conducting.[1]

Born in 1958 in Montevideo, Uruguay, Pasquet studied violin and conducting at the National Music College. He later studied in Germany, violin at the Stuttgart College of Music and conducting in Nürnberg. Nicolas Pasquet's conducting career started after winning in two occasion the National Competition for Young Conductors (1984 and 1986) and the first prize of the International Besançon Competition for Young Conductors in 1987.[2]

He served as conducting teacher in Nürnberg before being appointed professor of conducting at the Hochschule für Musik "Franz Liszt" in Weimar, Germany.[3]

This article uses material from the article Nicolás Pasquet from the free encyclopedia Wikipedia and it is licensed under the GNU Free Documentation License.

Henry Purcell Suite (Transkription für Orchester von Leopold Stokowski)
Update Required To play the media you will need to either update your browser to a recent version or update your Flash plugin.