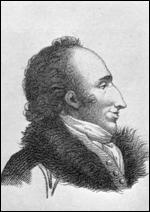 born on 1/6/1755 in Braunschweig, Niedersachsen, Germany

Fiorillo's father was Ignazio Fiorillo, a Neapolitan, who also played mandolin. At the beginning of the eighteenth century, Ignazio was appointed conductor at the Court Opera House at Brunswick and settled there, where his son, Federigo, was born. Federigo's early musical education was superintended by his father. He inherited his parent's love of the mandolin and obtained complete mastery over it, able to show mastery of delicate nuances of tone of which it was capable.[1]

As a mandolinist he performed at most of the royal courts of Europe, but the resources of the instrument at this period were limited, as was also the demand for mandolin players. He was compelled to devote his attention to other stringed instruments, principally the violin and viola. In 1780 he travelled to Poland, and in 1783 he was conductor of the band at Riga for two years. Two years later he was playing the violin with success at the Concerts Spirituels in Paris. While in Paris, he published some of his first compositions, which were well received. In 1788 he made a visit to London, where he played the viola in Saloman's quartet. Fiorillo made his last public appearance in London in 1794, when he performed a concerto for the viola at the Antient Concert. After leaving London he went to Amsterdam, and from there to Paris in 1823??.[1]

Music historian Philip J. Bone felt that the "thirty-six caprices for the violin, rank equally with the classical studies of [Joseph] Kreutzer and [Pierre] Rode, and, apart from their usefulness, are not without merit as compositions...they have been edited by innumerable violinists of repute, and [Louis] Spohr wrote and published an accompanying violin part to them."[1]

Fiorillo's other compositions include concertos, duos, trios, quartets, and quintets, for stringed instruments.[1]

This article uses material from the article Federigo Fiorillo from the free encyclopedia Wikipedia and it is licensed under the GNU Free Documentation License.

Wolfgang Amadeus Mozart Sinfonie Nr. 25 g-moll KV 183
Update Required To play the media you will need to either update your browser to a recent version or update your Flash plugin.