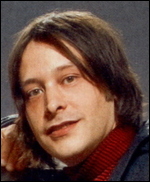 Jones attended Rudston Road primary school in Childwall, Liverpool and moved to Wigan when he was 13 years old. He is married to Myra and has two sons - Jude and Jonah Jones.

Most of the rhythm aspects of the Verve's albums, particularly the renowned track "Bitter Sweet Symphony" were based around the complex songwriting of the band, supported by the solid rhythm tracks created by Jones, often in the studio on a metallic Red Aria Pro II RSB bass, ultimately played live on his Fender Jazz bass guitar. The Aria has always played a significant part in the creation of The Verve's songs. Some of his most distinctive and effective bass lines can be heard at the beginning of songs like A Storm in Heaven's "Slide Away" and A Northern Soul's "Life's An Ocean".

Away from the musical side of The Verve, Jones is the only other band member other than the band's main mouthpiece, lead singer Richard Ashcroft, who tends to speak publicly and in interviews. Most notably, he, along with Ashcroft, made a speech at the 2007 Q Awards as they won a classic album award for their 1997 album Urban Hymns. He thanked the band member's wives and children and also thanked former Verve guitarist Simon Tong, who was not included in the newly reformed Verve line up. He also did an interview on Zane Lowe's BBC Radio 1 show after the band's 2007 reformation, and he also appeared alone and alongside Ashcroft in a handful of Verve documentaries and other miscellaneous interviews throughout the 1990s.

When The Verve split in 1999 due to in-band tensions, many believed they were down to tensions between singer Richard Ashcroft and lead guitarist Nick McCabe.[3] While this is true, there were in fact problems, described as 'serious' by Ashcroft in later interviews, between Ashcroft and Jones also.

In June 2007, he rejoined The Verve in their reunion but by 2009 they had disbanded again. It has been stated that he is no longer speaking to Ashcroft as he believes Ashcroft reformed the band solely to reboost his solo career.

After the breakup of The Verve in 1999, Jones later played bass and wrote songs for the short lived band The Shining, who former Verve band mate Simon Tong also played with. They would release just one album in 2002 called True Skies.[4]

In 2003, Jones was the recording bassist for Howie Day on Day's second album, Stop All The World Now, on Epic Records.[5]

Since 2004, Jones has been an official member of the backing band for Cathy Davey.

In November 2005, he performed with the Gorillaz live band playing guitar at the Manchester Opera House, as part of the Manchester International Festival, again alongside fellow Verve member Simon Tong.[6]

This article uses material from the article Simon Jones (musician) from the free encyclopedia Wikipedia and it is licensed under the GNU Free Documentation License.