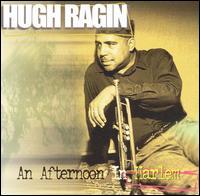 Ragin was raised in Houston and began on trumpet when he was in eighth grade. After playing in the Houston All-City High School Orchestra, which toured the UK, he took his bachelor's in music education at the University of Houston and his master's in trumpet performance at Colorado State University. He played with Roscoe Mitchell and Wadada Leo Smith in Germany in 1979, and toured with Anthony Braxton later that year. He began working with David Murray in 1980, playing trumpet in his large groups for many years. He toured with Maynard Ferguson in 1983.

In addition to his work both as a sideman and a leader, he taught at Oberlin College and elsewhere.

This article uses material from the article Hugh Ragin from the free encyclopedia Wikipedia and it is licensed under the GNU Free Documentation License.