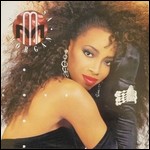 Meli'sa Morgan is an African-American R&B singer born in Queens, New York who had a string of urban contemporary and house music hits in the 1980s and 1990s. She got her start in the music industry while singing with a church gospel choir called the Starlets of Corona. She cites Chaka Khan as a major influence.

As a solo artist she topped the R&B chart with her cover version of Prince's "Do Me, Baby",[2] (the title track from her debut album) which also became her only Billboard Hot 100 entry, peaking at #46 in 1986. She had several solo hits on the U.S. dance chart as well, including "Still in Love With You," which hit #3 in 1992.

After a lengthy hiatus, Morgan released her fifth solo album, I Remember. The first single, "Back Together Again", a song originally recorded by Roberta Flack and Donny Hathaway, received moderate airplay on urban contemporary radio stations during early 2006 and peaked at number 46 on Billboard's R&B chart. The follow-up singles included "I Remember", "Will You?" and "High Maintenance" which was released in September 2006. New material by Meli'sa Morgan can be heard on a German release by Cool Million, which features Meli'sa Morgan on lead vocals on the opening track Sweet Baby. This proves she is still vocally on top condition.

A verse from Morgan's 1986 single "Fool's Paradise" was re-sung, with modified lyrics, by Mary J. Blige as the chorus to the 1996 Jay-Z single "Can't Knock the Hustle".

This article uses material from the article Meli'sa Morgan from the free encyclopedia Wikipedia and it is licensed under the GNU Free Documentation License.