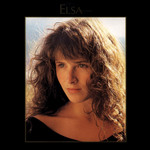 Elsa Lunghini, stage name Elsa (born May 20, 1973, in Paris), is a French singer and actress. She was a famous teenage pop-star in the late-1980s. In 1986, she was the youngest singer ever to reach number one in the French charts with the single T'en va pas, and she went on to sell millions of records during the decade. Elsa, her album of 1988, had achieved double-platinum status by 1993.

Daughter of George Lunghini (actor, photographer and song writer) and of Christiane Jobert (painter and also sister of actress Marlène Jobert), she is of Italian origin on her father's side. She is a cousin of Eva Green.

Elsa was the youngest artist to be in main program of the Olympia (Paris), at 17 years old, in October 1990 as well as the youngest artist to have a Number 1 Hit at the Top 50, in France. At 13 years old, in 1986, she remained #1 for 8 weeks, with the song "T'en va pas" (soundtrack of the movie "La femme de ma vie"). The song has been composed by Italian Romano Musumarra who has already worked and helped producing hits for 80's famous French pop act Jeanne Mas. The song has been a huge hit in France, and managed to export itself across Europe with an English recording.

It was then time for an album, with help of her musician father, Elsa recorded several songs for her self-titled LP "Elsa". The album went double platinum in France (more than 600.000 copies sold) thanks to good choice of various hit-singles such as "Quelque chose dans mon cur" ("Something in my heart"), "Jour de neige" ("Snowing day"), "Jamais nous" (featuring backing vocals by French singer Laurent Voulzy) ("Never us"), "Un Roman d'amitié" (duet with Glenn Medeiros) ("Friend you gave me a reason"), "À la même heure dans deux ans" ("At the same time in two years"). All of them was top 10 hits and at that time, Elsa was the only artist to have her first four singles charted at number one or number two.

She became then very popular in the teen press and media used to compare her to another successful singer: Vanessa Paradis. Indeed, the two have the same age and had success at the same time. Nevertheless, brunette Elsa presented a soft and shy image, whereas blonde Vanessa Paradis had a "wilder" image.

1990 saw the release of her second album "Rien que pour ça" ("Only for that"). The songs on the album are still produced by her father and Elsa herself wrote the music for the main single of the same name. "Rien que pour ça" was a top 20 hit. Two others excerpt were released "Pleure doucement" ("Cry softly") and "Qu'est-ce que ça peut lui faire" ("What that she matters"). Those two last singles were less successful than the previous ones, but this did not prevent her to start her first tour and then end it in the great theatrical myth place called "L'Olympia" (a VHS and a LaserDisc was then released for that concert).

1992, Elsa made her comeback by releasing a real-surprising single: "Bouscule-moi" ("Push me on"). A very catchy pop mid-rock single which reveals a more mature Elsa. The lyrics became more adult oriented. "Bouscule-moi" was a hit-single, her third album was then released. "Douce violence" ("Sweet violence") allows Elsa to become one of the rare French female vocalists renowned in the French musical culture. Two more singles were released to promote "Douce violence": "Supplice chinois" ("Chinese torture") and "Tout l'temps, tout l'temps" ("Everytime, everytime"), but they failed to become smash hits.

In 1996, Elsa released her 4th album: "Chaque jour est un long chemin" (Everyday's a long day); In this cd, Elsa, aged 23 showed her ability to write and to compose. Though excellent reviews by the best music specialists in France at that time, she only sold 20,000 albums. From September 20 to 24, 2004, Elsa gave shows in Paris at the Européen. A live DVD and a live CD recorded at these concerts have been available since April 10, 2006.

Elsa is also involved in several charitable causes. She annually takes part in the Tour of the Resto du coeur as well as in other causes, such as Sol En Si.

She has starred in two TV movies: 2002's La mort est rousse and 2004's Trois jours en juin and is now involved in a television advertising campaign for Danone yogourt.

She lives in Paris and, since 1999, she was the fiancée of the football (soccer) World Champion Bixente Lizarazu. They met at a Restos du Coeur concert, in which they were both taking part and together, they are also spokespersons of the association Bout de vie, which is dedicated to the assistance of the handicapped.

This article uses material from the article Elsa Lunghini from the free encyclopedia Wikipedia and it is licensed under the GNU Free Documentation License.