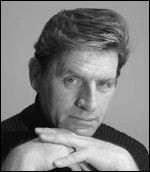 born on 28/9/1949 in Garmisch-Partenkirchen, Bayern, Germany

Hans Peter Blochwitz (born 28 September 1949) is a German lyric tenor, who is known internationally in opera and concert, especially for singing parts in Mozart operas.

Born in Garmisch-Partenkirchen on 28 September 1949,[1] Blochwitz first studied computer science at the Technische Hochschule Darmstadt[2] and holds a Ph.D.[1] He studied singing from 1975 in Mainz with Elisabeth Fellner Köberle and in Frankfurt with Erna Westenberger and Karlheinz Jarius. He appeared in 1978 in Frankfurt as a soloist in Bach's Mass in B minor, and in 1984 as the Evangelist in Bach's St Matthew Passion at the Altenberger Dom.[2] He made his operatic debut in September 1984 as Lenski in Tchaikovsky's Eugen Onegin at the Frankfurt Opera; he subsequently sang in Brussels, Geneva, Hamburg, Milan, and Vienna, especially as a Mozart singer. When Peter Schreier, a lyric tenor himself, conducted his first production of Mozart's Don Giovanni in 1987, he cast Blochwitz as Don Ottavio.[1] In September 1990 Blochwitz made his debut at the Metropolitan Opera in the same role.[2] In 1991 he appeared as Belmonte in Mozart's Die Entführung aus dem Serail at the Salzburg Festival.[2]

Blochwitz is also in demand as a singer of oratorio and lieder.[2][3] He premiered Hans Zender's Schuberts "Winterreise", subtitled Eine komponierte Interpretation (A composed interpretation) in 1993, with the Ensemble Modern conducted by the composer.[4] The same musicians made the first recording of the work.[1] He has been professor at the Hochschule der Künste Bern from 2000.[5]

This article uses material from the article Hans Peter Blochwitz from the free encyclopedia Wikipedia and it is licensed under the GNU Free Documentation License.