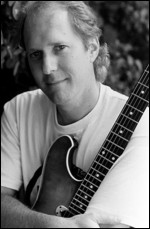 Lorne Lofsky is a jazz guitarist[1] in Toronto, Canada. He teaches at York University.

Lofsky started off playing rock music but took an interest in jazz upon hearing the Miles Davis album "Kind of Blue". Hearing this record was, for Lofsky, a musical revelation that led to a dramatic change in his approach to playing music. Lofsky began a more formal study of music while attending York University, in the mid 70's ('74/75), focusing on jazz theory and performance. He spent two years under the guidance of John Gittins and Bob Witmer.

At a gig in Toronto Lofsky met jazz pianist Oscar Peterson. A few weeks later he received a phone call from Peterson who offered to produce a record for him on the prestigious Pablo record label. The result was Lofsky's debut album entitled "It Could Happen To You". Lofsky worked extensively with Oscar Peterson, and from '94-'96, Lofsky was a member of the Oscar Peterson Quartet. The group performed at Carnegie Hall in N.Y.C., the Montreal Jazz Festival, São Paulo, Brazil and played numerous concerts throughout Europe. In addition, Lorne was featured on 3 CDs with Peterson. One of them was a double CD recorded live in Paris.

From 1983 to 1991 Lofsky played in a quartet with jazz guitarist Ed Bickert. This collaboration yielded two recordings (one of which was for the prestigious Concord label entitled "This Is New") and a tour of Spain in 1991.

In the early 1980s, Lofsky began an important musical association with saxophonist Kirk Macdonald leading to the formation of a quartet that has continued to perform extensively in the Toronto area. Various versions of this quartet have played numerous dates outside of Toronto, including the Atlantic Jazz Festival, Montreal's Upstairs Club, Vancouver's Cotton Club and others.

Since the late 1970s, Lorne has worked as a jazz performance instructor at York University in Toronto. Additionally, Lorne taught for several years at the University of Toronto and has an extensive private teaching practice.

Lorne continues to perform in the Toronto area where he remains a mainstay of the jazz scene.

This article uses material from the article Lorne Lofsky from the free encyclopedia Wikipedia and it is licensed under the GNU Free Documentation License.