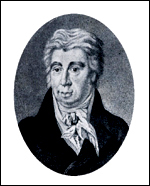 Peter Winter (baptized 28 August 1754 17 October 1825) was a German opera composer who followed Mozart and preceded Weber, acting as a bridge between the two in the development of German opera. (His name is sometimes given as Peter von Winter.)

Winter was born at Mannheim. A child prodigy on the violin, he played in the Mannheim court orchestra. He studied with Salieri in Vienna. Moving to Munich in 1778, he became director of the court theatre at which point he started to write stage works, at first ballets and melodramas. He became Vice-Kapellmeister in Munich in 1787 and Kapellmeister in 1798, a title he kept for the rest of his life.

Of more than thirty operas written by Winter between 1778 and 1820 very few were unsuccessful. His most popular work, Das unterbrochene Opferfest, was produced in 1796 at Vienna, where in 1797-1798 he composed Die Pyramiden von Babylon and Das Labyrinth oder Der Kampf mit den Elementen, both written for him by Emanuel Schikaneder, in continuation of the story of Mozart's Die Zauberflöte. He returned to Munich in 1798. Five years later he visited London, where he produced La grotta di Calipso in 1803, Il ratto di Proserpina in 1804 (both to libretti by Lorenzo Da Ponte), and Zaira in 1805, with great success. Maometto (1817) is probably his most famous opera, still performed sometimes and it exists in an excellent recording in CD. His last opera, Der Sänger und der Schneider, was produced in 1820 at Munich, where he died.

Besides his dramatic works he composed concertos for wind and orchestra and some sacred music, including 26 masses.

This article uses material from the article Peter Winter from the free encyclopedia Wikipedia and it is licensed under the GNU Free Documentation License.

Wolfgang Amadeus Mozart Konzert für Klavier und Orchester Nr. 20 d-moll KV 466
Update Required To play the media you will need to either update your browser to a recent version or update your Flash plugin.