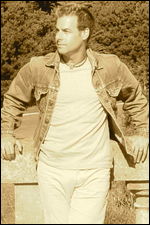 Kamil Rustam is an American guitarist, composer, arranger, songwriter and producer whose musical career has made known as a prolific musician in many different styles.

Rustam was born in Amsterdam, the Netherlands, and moved at an early age to Paris, France where he worked extensively for most of the top pop French artists, earning the 1985 "Les Victoires de la Musique" for Producer of the Year with his fellow producing partners Manu Katché and Gabriel Yared. He was also nominated as Best Studio Musician at the 1986 and 1987 "Les Victoires de la Musique". He then moved to Los Angeles in 1996, where he has been busy working in the American entertainment industry.

Growing up, Kamil Rustam had always been listening to the sounds of the guitar; his father, a student of Alexandre Lagoya and Ida Presti, would always play at home . But it was only when he discovered bands like The Rolling Stones, The Beatles, Pink Floyd and Jimi Hendrix that he decided he wanted to become a guitar player. At seven years old, he enrolled in the "Conservatoire municipal du 14eme arrondissement" and studied classical guitar for 10 years while playing modern rock music with local bands.

Kamil Rustam made himself famous for being able to play whatever style required and quickly became one of the most sought-after session guitarists in France in the 1980s and 1990s, earning him 2 nominations for Best Session Musician at the 1986 and 1987 "Les Victoires De La Musique".

From 1985 to 1988 Kamil Rustam was full-time member of the band Preface. The band included Manu Katché on drums and lead vocal.

Rustam had previously recorded with legendary saxophonist Michael Brecker back in 1997 and the track 'New Amsterdam' had been rerecorded around Brecker's inspired and melodic soloing, ten years after his untimely passing.

The lead track 'Sand Dunes' had been made available in video form prior to the official release and has accumulated over one hundred thousand views since April 2017.

List of Artists Kamil Rustam has recorded written or performed with:

Music and performances for films

This article uses material from the article Kamil Rustam from the free encyclopedia Wikipedia and it is licensed under the GNU Free Documentation License.