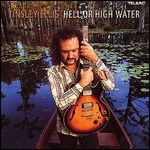 Tinsley Ellis (born June 4, 1957) is an American blues and rock musician, who was born in Atlanta, Georgia, United States, and grew up in South Florida. According to Billboard, "nobody has released more consistently excellent blues albums than Atlanta's Tinsley Ellis. He sings like a man possessed and wields a mean lead guitar."[2]

His love for electric blues grew by listening to British Invasion bands such as the Yardbirds, the Animals, Cream, and the Rolling Stones.[1] Inspired by a live appearance by B.B. King, he was determined to become a blues guitarist. In 1975, he played with the Haygood Band while attending Emory University near Atlanta. Two years later, already an accomplished musician, he returned to Atlanta and joined his first professional blues band, the Alley Cats, a group that included Preston Hubbard of the Fabulous Thunderbirds.[1] Ellis graduated from Emory in 1979 with a degree in history. In 1981, he formed the Heartfixers, with the singer and harmonica player Chicago Bob Nelson.[4] The group recorded three albums for the small Landslide record label, one with the singer, Nappy Brown before breaking up in 1988.[4] The same year, Ellis signed a recording contract with Chicago's Alligator Records.[4]

His debut solo album on Alligator Records, Georgia Blue, was released in 1988.[1] Alligator then reissued two of his earlier CDs, Cool On It and Tore Up (featuring Nappy Brown). Ellis' next four releases were Fanning the Flames (1989), Trouble Time (1992), Storm Warning (1994), and Fire It Up (1997).[1] Artists including Peter Buck (of R.E.M.), Derek Trucks, and Chuck Leavell joined him in the studio. He worked with the record producers, Eddy Offord and Tom Dowd.

Ellis' reputation and media coverage continued to grow. He appeared on NBC-TV Sports during the network's 1996 Summer Olympics coverage.

Ellis shifted to Capricorn Records in 2000 and released Kingpin. In 2002 he joined Telarc Records, producing two CDs: Hell or High Water and The Hard Way. All the while Ellis never stopped touring. "A musician never got famous by staying home," Ellis says. Ellis claims to have performed live, at least once, in all 50 of the United States.

He returned to Alligator Records in 2005 with the live album, Live! Highwayman. In 2007 he released the studio album, Moment of Truth, followed in 2009 with Speak No Evil.[1] Ellis continues to tour over 150 nights a year around the world.

In early 2013, Ellis was a part of the 'Blues at the Crossroads 2' tour which celebrated the music of Muddy Waters and Howlin' Wolf. The tour also included Kim Wilson and the Fabulous Thunderbirds, James Cotton, Bob Margolin and Jody Williams.

Also in 2013, Ellis launched his own label, Heartfixer Music, and has since released several albums: the all instrumental Get It!, Midnight Blue, Tough Love and, in 2016, Red Clay Soul.

In 2017, Ellis launched a new side project called Tinsley Ellis Blues Is Dead, in which he performs the blues and R&B songs recorded by Grateful Dead and other Fillmore era acts.

This article uses material from the article Tinsley Ellis from the free encyclopedia Wikipedia and it is licensed under the GNU Free Documentation License.

Johann Strauss Autographen-Walzer
Update Required To play the media you will need to either update your browser to a recent version or update your Flash plugin.