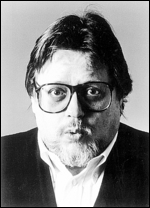 Herbolzheimer was born in Bucharest and migrated from communist Romania to West Germany in 1951. In 1953 he moved to the United States of America, where he worked as a guitarist. He returned to Germany in 1957, took up the trombone and for one year studied at the Nuremberg Conservatory. In the 1960s he played with the Nuremberg radio dance orchestra and with Bert Kämpfert's orchestra. In 1968 he became a member of the pit orchestra of Hamburg theater (Deutsches Schauspielhaus) directed by Hans Koller. In 1969 Herbolzheimer formed his Rhythm Combination and Brass (RC&B) for which he wrote most of the arrangements. This big band was unique in that it had an international lineup of eight brass, but originally only one saxophone, with Herb Geller in that chair. The list of brass players included Allan Botschinsky (Denmark), Art Farmer (USA), Dusko Goykovich (Bosnia), Palle Mikkelborg (Denmark), Ack van Rooyen (Netherlands) and Jiggs Whigham (USA). The rhythm section consisted of two keyboards, guitar, bass, drums and percussion and included renowned musicians such as Dieter Reith (Germany), Philip Catherine (Belgium), Niels-Henning Ørsted Pedersen (Denmark), Bo Stief (Denmark), Alex Riel (Denmark), Grady Tate (USA), and Nippy Noya (Indonesia). For special events the group was augmented as necessary, but the basic combination remained as such for several years. In the late 1970s the band toured successfully with a "jazz gala" program featuring guest stars such as Esther Phillips, Stan Getz, Nat Adderley, Gerry Mulligan, Toots Thielemans, Clark Terry, and Albert Mangelsdorff. In later years the RC&B played many concert tours, television shows and jazz festivals. It was later replaced by a regular sized big band, which featured many noted international artists such as Dianne Reeves and Chaka Khan, that was still active until Peter's death.

Throughout the 1970s and 1980s, Herbolzheimer, as the arranger and conductor, led his orchestra for virtually every major German television network while featuring and accompanied visiting American musicians such as Ella Fitzgerald, Benny Goodman, Sammy Davis, Jr., Dizzy Gillespie and Al Jarreau.

Between 1987 and 2006 Herbolzheimer was the musical director of Germany's national youth jazz orchestra, the Bundes Jazz Orchester (BuJazzo). He conducted regular workshops and clinics for big band jazz.

In 2007, Peter was chosen as the music director, arranger and conductor of the European Jazz Band, which toured throughout Europe until 2009.

Herbolzheimer died aged 74 in his hometown of Cologne, Germany on 27 March 2010.

This article uses material from the article Peter Herbolzheimer from the free encyclopedia Wikipedia and it is licensed under the GNU Free Documentation License.

Joseph Leopold Eybler Rondo aus dem Klarinettenkonzert B-Dur
Update Required To play the media you will need to either update your browser to a recent version or update your Flash plugin.