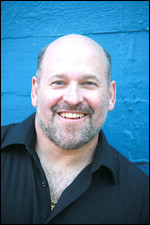 Frank Wildhorn (born November 29, 1959) is an American composer known for both his musicals and popular songs. He is most known for his musical Jekyll & Hyde, which ran four years on Broadway, and for writing the #1 International Hit song "Where Do Broken Hearts Go?" for Whitney Houston.

Wildhorn was born in Harlem and spent his childhood in Queens before moving to Hollywood, Florida at age 14. Soon after he taught himself how to play the piano, Wildhorn realized he wanted to compose music. During high school, he played in and wrote for various bands, ranging from rock and roll to Rhythm and blues to jazz. He attended Miami-Dade College for two years before transferring to the University of Southern California, where he studied history and philosophy. He started writing Jekyll & Hyde with Steve Cuden, who was working at USC when Frank was a student.[1]

In 1999, Wildhorn became the first American composer in 22 years to have three shows running simultaneously on Broadway: Jekyll & Hyde at the Plymouth Theatre, The Scarlet Pimpernel at the Minskoff Theatre, and The Civil War at the St. James Theatre.

The musical Carmen, with music by Wildhorn and lyrics by Jack Murphy, premiered in Prague in October 2008.[2] The musical Count of Monte Cristo, with a score by Wildhorn and book and lyrics by Jack Murphy, received a workshop reading in November 2008, and opened at the Theatre of St. Gallen, Switzerland in March 2009.[3][4] Another musical, with music by Wildhorn and lyrics by Don Black, Bonnie and Clyde, received an industry reading in February 2009[5] and premiered at the La Jolla Playhouse in California in November 2009. Also in November 2009, another new musical, Wonderland: Alice's New Musical Adventure premiered at the David A. Straz, Jr. Center for the Performing Art in Tampa, Florida, with another production following at the Alley Theatre, Houston, Texas, in January 2010.[6]

In the popular music arena, Wildhorn has worked with such artists as Stacy Lattisaw, Natalie Cole, Kenny Rogers, Trisha Yearwood, Tracy Lawrence, Trace Adkins, Patti LaBelle, Dennis DeYoung and Linda Eder, to whom he was married. His "Where Do Broken Hearts Go" was an international number one hit for Whitney Houston in the late 1980s.

Wildhorn is Creative Director of Atlantic Theatre, an Atlantic Records division that develops new American musicals.[1] In 2005, he co-founded GlobalVision Records with long-time collaborator Jeremy Roberts. GlobalVision releases include a new concept recording of Dracula, the Musical and a new studio recording of Jekyll & Hyde: Resurrection

Wildhorn is also the first Broadway musician to work with the Takarazuka Revue on the Cosmos Troupe's production of the musical Never Say Goodbye.

Wildhorn was engaged to Brandi Burkhardt, best known for playing the role of Siren on Passions.[9] They separated in late 2008.

Wildhorn produced (& composed) a majority of Linda Eder's solo albums, and is widely recognized for his ability to release a score before the show opens and selling very well. Below are the Major-concept and cast recordings he has made over his career that have been released, or were planned to at some point in the United States.

This article uses material from the article Frank Wildhorn from the free encyclopedia Wikipedia and it is licensed under the GNU Free Documentation License.

Joseph Haydn Sinfonie Nr. 103 Es-Dur "Mit dem Paukenwirbel"
Update Required To play the media you will need to either update your browser to a recent version or update your Flash plugin.