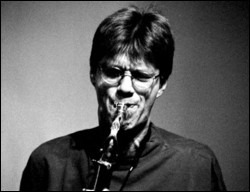 Malach learned several reed instruments in his youth, and played with Philadelphia soul bands such as The Stylistics and The O'Jays while still a teenager. He played in the big bands of Lin Biviano and Les Elgart in the mid-1970s, then moved to New York City in 1977, where he met Alphonse Mouzon. He recorded with Mouzon and went on tour with him in Europe, leading to eventual collaborations with European jazz artists including George Gruntz, Chris Hinze, Joachim Kuhn, Didier Lockwood, Palle Mikkelborg, Michel Petrucciani, Aldo Romano, Bo Stief, and Jasper Van't Hof.

In the US, Malach played extensively both in jazz circles and with pop, rock, and soul musicians. He worked with Stanley Clarke in the 1970s, and in the 1980s and 1990s played with Horace Silver, Bob Mintzer, Robben Ford, Stevie Wonder, Steve Miller, Joe Zawinul, Mike Stern, Georgie Fame, Ben Sidran, Leni Stern, and Dave Weckl.

This article uses material from the article Bob Malach from the free encyclopedia Wikipedia and it is licensed under the GNU Free Documentation License.