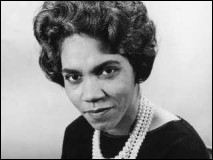 Pollard began her career by collaborating with other Detroit musicians, such as Billy Mitchell, Johnny Hill, and the Emmitt Slay Trio.[2] She was discovered by Terry Gibbs and toured with him in the early 1950s, playing piano and vibraphone. She recorded an album with him, Terry Gibbs Quartet - Featuring Terry Pollard.[3] Pollard appeared with Gibbs on an episode of The Tonight Show hosted by Steve Allen.[4] Her collaborations with Gibbs from 1953 to 1957 marked the height of her career.[2]

Pollard recorded a self-titled solo album for Bethlehem Records in 1955 and won the Down Beat Magazine New Artist award in 1956. Pollard retired from her full-time music career shortly thereafter in order to raise a family, but she continued to play locally in Detroit and performed with visiting artists, including Diana Ross and the Supremes.[4] She was inducted into the Michigan Jazz Hall of Fame.[5]

Her contributions to the mid-century Detroit jazz scene were recognized in the book Before Motown: A History of Jazz in Detroit 1920-1960, by Lars Bjorn and Jim Gallert.[4]

This article uses material from the article Terry Pollard from the free encyclopedia Wikipedia and it is licensed under the GNU Free Documentation License.