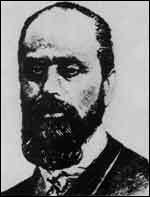 Antonio Somma (born Udine, 28 August 1809 - died Venice, 8 August 1864) was an Italian playwright who is most well known for writing the libretto of an opera which ultimately became Giuseppe Verdi's Un ballo in maschera in 1859. While a student, his tragedy, Parisina, gave him quite a success.

Initially, his contact with Verdi came about when the composer was seeking to continue work on his proposed Re Lear, an adaptation of the Shakespeare play for the opera stage which had begun under his long-time collaborator Salvadore Cammarano who had died. Under Verdi's supervision, Somma wrote the libretto for Re Lear, a project that Verdi never realised musically although extensive work was done and a full libretto completed to the point where Verdi was considering this to be the opera he wrote for Naples for the 1858 season.[1]

However, Ballo had a troubled history and, originally, Somma wrote the libretto under the title of Gustavo III.[2] As a result of required changes by, firstly, the Naples censors and then the Rome censors, it became transformed into Un vendetta in domino (with a different setting and characters' names).[3] Finally, for its Rome premiere, the opera became Un ballo in maschera, but with another location change (this time to Boston in colonial times) and further title and name changes.

Overall, he then specialized in spoken plays and wrote no further libretti.

Henry Vieuxtemps Konzert für Violine und Orchester Nr. 6 G-Dur op. 47
Update Required To play the media you will need to either update your browser to a recent version or update your Flash plugin.